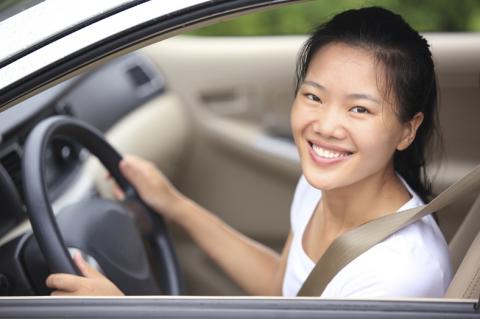 Turning 19 in BC gives young adults the ability to buy their own alcohol and go to bars. This is an exciting time, but it can also a dangerous one. Particularly if combining alcohol with driving. Talk to the young adults in your life about the dangers of drinking and driving and how to avoid it.

Being responsible means meeting the normal expectations of those around you and within your community. At the very least, this means not doing things on purpose that might harm others.

Becoming an adult brings a whole new set of responsibilities. Young adults may move out of the family home, start college or university, or do some travelling on their own. Whatever their plans, help your adult child stay safe (and avoid causing harm to others) by talking about the responsibilities that come with being of legal drinking age, including the very important decision not to drink and drive.

Dangers of Drinking Alcohol and Driving

Alcohol and other drugs seriously affect driving abilities by slowing reaction times and skewing senses and judgment. You risk causing death and serious injury to yourselves and others if you drive under the influence.

Drinking and driving is the second biggest cause of fatal car crashes and the sixth biggest cause of all driving collisions in British Columbia. And, drivers in their late teens or early 20’s have the highest rate of vehicle accidents. In 2011:

Driving with a BAC higher than 0.08 per cent is a punishable offence against the criminal code in Canada. In BC, the penalties are stiffer than in other provinces. Drivers with a BAC between 0.05 - 0.08 per cent receive a temporary driving ban and fine. The length of ban and amount of fine depend on the number of times the driver has been caught drinking and driving within a five-year period. After three offences, a driver has to take a training program for responsible driving and, for one year, use a device that connects to their car’s ignition that they have to blow into to confirm a zero BAC before starting the vehicle.

Did you know? Drinking and driving is the second biggest cause of fatal car crashes.

Being a responsible driver means never driving after drinking alcohol or consuming other drugs that might impair judgment. Here are three things to help avoid dangerous drinking and driving situations: