The Risks of Teenage Drinking 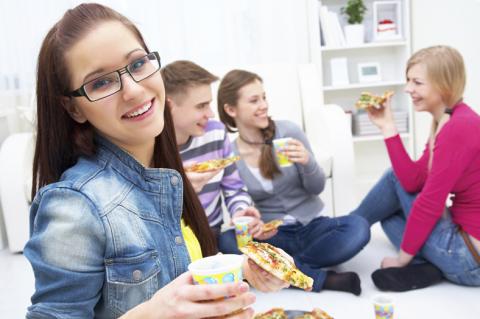 While there’s always danger associated with drinking alcohol or using other drugs, there’s a difference between a teen that drinks alcohol and a teen with a drinking problem. Knowing the signs of “high risk” versus “low risk” use will help you understand your child’s behaviour.

Sometimes the risks related to alcohol are very low (example: having a drink in a social setting to feel more comfortable) or even beneficial (example: a little may help a lot in an awkward social situation). Other times the risk may be moderate, high or clearly harmful (example: drinking before driving or doing other things that put others’ lives on the line). The level of risk is influenced by:

Increased risk is associated with a greater amount, increased frequency and a higher concentration of alcohol or other drug use. Example: drinking a seven per cent alcohol cooler is riskier than drinking a four per cent cooler.

While the human brain begins developing in the womb, it’s not until well into adulthood (about age 25) that the brain is fully formed. Until then, judgment and risk management skills are not mature, making young people particularly vulnerable to the negative effects of drinking alcohol and other psychoactive substances. These negative effects include increased risk-taking, faster intoxication, and increased susceptibility to alcohol-use problems later in life. Alcohol and other drugs influence not only your current experience but also the way your brain develops.

Drinking a glass of wine at a family celebration and then playing chess with grandpa is less likely to result in harm than sneaking alcohol with a group of classmates and then riding bikes or skateboarding.

Drinking alcohol or using other drugs out of curiosity may lead only to occasional or short term use (though, even occasional use can be hazardous if a lot is consumed). But drinking or using drugs to deal with long term problems may lead to using too much or too often. And, using in order to fit in with a particular group may make you feel compelled to join in on risky behaviour that could lead to harm.

Types of Drinking and Associated Risk

There are different kinds of drinking or drug usage patterns and habits that go along with them. In the scale below, you see “Experimental” drinking at the top. This type of drinking holds the lowest risk of harm, while at the opposite end of the scale “Compulsive” holds the highest risk. 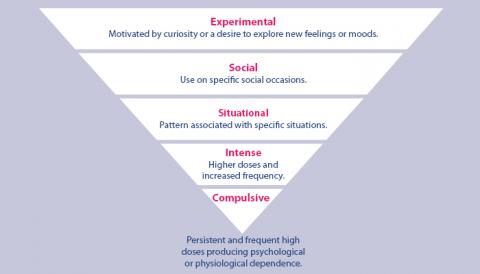 Low Risk Drinking Guidelines
Substance Use Problems: How to Help your Teen
Dry Grad Guidebook for BC