A Guide for Teens and Alcohol 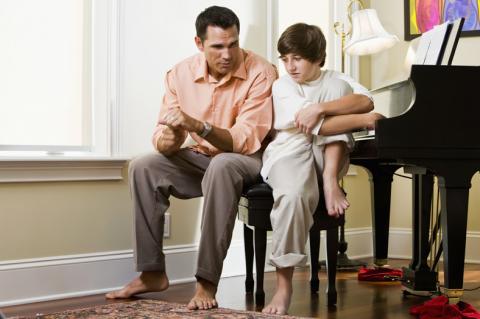 Alcohol is popular. But drinking can be risky, especially for young people. Help your teen make safe, healthy decisions around alcohol use by talking to them about what alcohol is, what it does to our bodies, and the risks involved. Here are facts about alcohol and ways to reduce the risk of harm for teens that choose to drink.

Even though there are risks involved with drinking, alcohol is a part of society. Chances are you remember growing up seeing your parents or older siblings drinking, people drinking on TV and in movies, in restaurants, at friends’ houses, and at sporting, community and cultural events.

Teens mimic what they see. They may want to know what it feels like to drink alcohol, or they may be attracted to things that make them feel older despite the potential for getting themselves into trouble.

Alcohol is a Drug

Alcohol is a psychoactive drug that changes the way you feel by tapping into the brain’s communication system and influencing the way nerve cells send, receive and process information.

Alcohol is also a depressant - it slows the system down, decreasing heart rate, breathing and ability to think, move and react to things happening around you.

Why Do People Drink Alcohol?

People have been using alcohol and other drugs for thousands of years. Some people drink to:

What Are Your Expectations?

Different families and cultural communities have different attitudes about introducing young people to alcohol. You may have the expectation that your child should refrain from drinking alcohol completely until they are adults (or that they never start drinking at all), believing that “no use” is the best way. Or, perhaps you feel comfortable allowing your teen to drink small amounts as part of a family tradition or cultural custom. The hope being that introducing them to controlled use of alcohol in safe social contexts will help to avoid the problems associated with uncontrolled use.

Whatever your expectations are, most prefer that teens delay the use of alcohol as long as possible, and hope their children do not develop problematic patterns of use. It’s a good idea to let your teen know your expectations and discuss alcohol and ways to manage its use.

What Are the Dangers of Drinking?

For thousands of years, humans have known the risks of drinking alcohol. In small amounts, it can make you feel happy, carefree, or energized. In large amounts, it can lead to bad choices and misery. How much risk is involved - and how much harm may result - depends on several factors:

Your teenager may already know some of the risks of drinking too much from observing others or from what they’ve seen in the media. Drinking too much (getting drunk) can lead to:

How to Manage Alcohol Use

It’s safest for young people to delay drinking altogether until at least their late teens. But, whatever age teenagers choose to start drinking at, the three rules humans have learned through thousands of years of experience can help:

Another guide to help teens manage alcohol use is Canada’s Low-Risk Alcohol Drinking Guidelines which states:

You can give your child all the facts and explain the dangers of drinking alcohol, but they may still choose to drink. Here are some tips that can help them prevent hurting themselves and others: