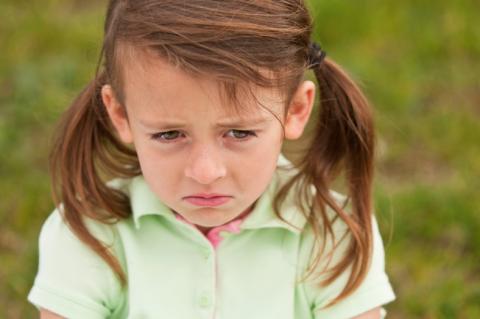 Tantrums are extremely common in toddlers and preschoolers. They’re how young children deal with difficult feelings. It helps to avoid situations that trigger your child’s tantrums, and to have a plan for managing them. Hang in there – tantrums tend to tail off after children turn four.

They come in all shapes and sizes. They can involve spectacular explosions of anger, frustration and chaotic behaviour (when your child "loses it"). You might see crying, screaming, stiffening limbs, an arched back, kicking, falling down, flailing about or running away. In some cases, children hold their breath, vomit, break things or get aggressive as part of a tantrum.

Causes of tantrums include:

You’ll see fewer tantrums as your child gets older and better at handling feelings. Your child will also get better at communicating his wants and needs using words. But tantrums can go on – even into adulthood – if they become a reliable way for your child to get what he wants.

Tip: You can do a lot to make it less likely that tantrums will continue into the school-age years. The most important thing is to make sure you don’t accidentally reward your child’s tantrums.

Try not to feel embarrassed. Remember that all children are likely to have a tantrum at some point. And parents everywhere are wondering how to cope.

Some suggestions for dealing with tantrums:

"Children often start to have a tantrum because they don’t feel heard", points out Dr Michael Thompson, PhD, author of Best Friends, Worst Enemies. Experts agree that when you listen it’s important to accept, rather than dismiss, your child’s feelings – even if they’re hard to take.

It’s natural for kids to sometimes have big feelings. You haven’t done something wrong if your child has an occasional tantrum or blow up. Parents should only worry if a child is chronically, constantly unhappy, or if tantrums are their only tool for getting what they want.

Tip: The information provided here gives advice for parents dealing with a child who experiences upsets in the normal course of growing up. If your situation is particularly challenging, or you have a child who has chronic tantrums, you might want to seek professional help.