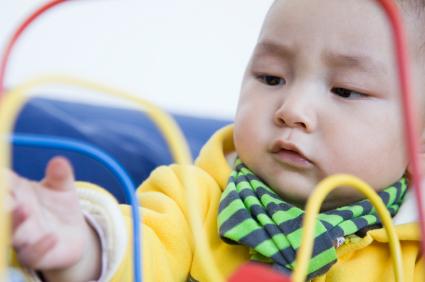 Cognitive development refers to the way your baby learns to think, remember, imagine, gather and organize information, solve problems and develop judgment. Sounds like a lot, but it all happens gradually.

Here's what you can expect between six and nine months.

At this age, a baby will likely:

You can nurture your baby's cognitive development in a variety of ways including:

Between six and nine months your baby may also:

Some babies will take longer than others to reach developmental milestones. And certain things may cause concern. Call your healthcare provider for advice if you have concerns or if your baby exhibits any of the following traits: