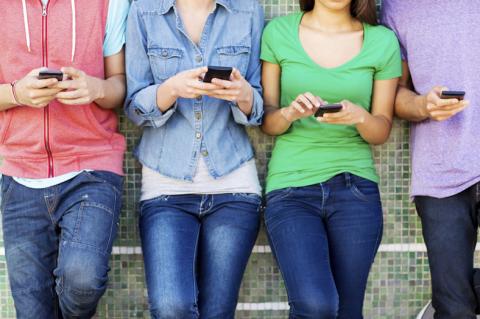 Social networking sites are a big part of most teenagers’ social lives. You might worry about what your child is doing on the internet, but being part of the online world has its advantages, and you can help your child make the most of them.

“Social networking” is using the internet to interact, form communities and build connections with people who share common interests.

What teens get from social networking sites

The biggest benefit teens get from social networking is a sense of connection and belonging to their friends and peers. It also gives them opportunities to develop and express their identities.

Teens use social networking sites to let friends know what they’re doing and how they’re feeling. They can also broaden their social groups by connecting to their friend’s other friendship groups. Keeping in touch with friends and family across long distances and time zones is another bonus.

Then there’s online chat, a central part of many teens’ social lives. They use this feature to make social arrangements and talk about things that are important to them.

Overall, social networking sites are like an extension of face-to-face interactions, and work a lot like long telephone conversations with friends.

Social networking can have traps for teens, who are sometimes more likely to do risky things and often want to do what their friends are doing.

Social networking risks might include your child connecting with people who humiliate, bully or stalk him, or even someone who wants to harm him.

Your child might also post comments, photos or videos of herself or others, which could cause problems. For example, images can be sent on to people your child doesn’t know, or they can get negative attention. Sometimes old and embarrassing images left online can even affect future job prospects.

Safe and responsible use of social networking sites

You can’t keep up with everything your child is doing online every day. But you can establish guidelines with your child about safe and responsible use of social networking sites.

It’s a good idea to get to know the sites your child is using. Ask him to show you what sites are popular or how parts of his favourite site or app work. Avoid directly asking to see his social networking page, because he might feel you’re intruding.

Teens like to feel that they’re more knowledgeable and can teach their parents things. All of this can pave the way to talking with your child about her social networking activities.

Cyberbullying can happen on social networking sites. It’s when someone repeatedly uses the site’s online chat, status updates or other functions to harass, humiliate, embarrass, torment, threaten, pick on or intimidate another person.

Talk your child through possible bullying scenarios. For example, if someone repeatedly says untrue or nasty things about him on Facebook, you could encourage your child to:

If something goes wrong

Things can go wrong on social networking sites, such as someone posting an inappropriate photo of your child on Facebook or another site. Here’s what to do: